By Rail, Road, and River: The Great Migration in Your Family Story
With Special Guest Speaker - Adrienne Whaley 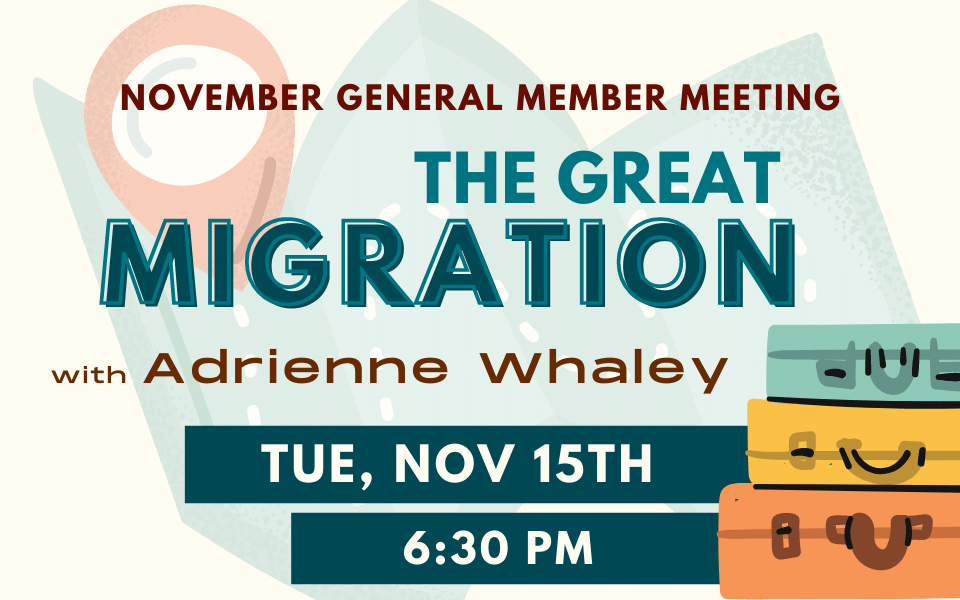 By Rail, Road, and River: The Great Migration in Your Family Story

The First Great Migration saw the movement of almost 2 million African Americans from the South to the North and Midwest between 1910 and 1940. Before this, the Civil War and its aftermath saw formerly enslaved men and women testing their newfound freedom by seeking new places across the South, West, and Mid-Atlantic to call home.

What genealogical records did these migrations create? And how did the arrival of these men, women, and children – and reactions to their growing numbers – shape the ongoing stories of the cities and towns in which they found themselves?

We’ll explore these questions and more, with an eye towards highlighting the ways in which Black migrations between 1865 and 1940 shaped not just families of African descent, but the lives and experiences of Americans as a whole.

Adrienne G. Whaley is an educator and history-lover who currently serves as Director of Education and Community Engagement at the Museum of the American Revolution. Adrienne earned her Bachelor's degree in African American Studies from Harvard University and her Master's in Education from the University of Pennsylvania. She has worked in both art and history museums, including the Museum of Modern Art (New York), the African American Museum in Philadelphia, and the Smithsonian's Anacostia Community Museum, and loves the potential for objects, artifacts, and primary source documents to enrich student learning experiences. She carries her love of history and for uncovering the stories of common people into her spare time as an avid genealogist researching her own family history and as Programming Chair and former President of Philadelphia's African American Genealogy Group. As both a museum educator and as a genealogist, she has presented on television and in workshops and conferences both locally and nationally.

EVENT REGISTRATION
Back to top