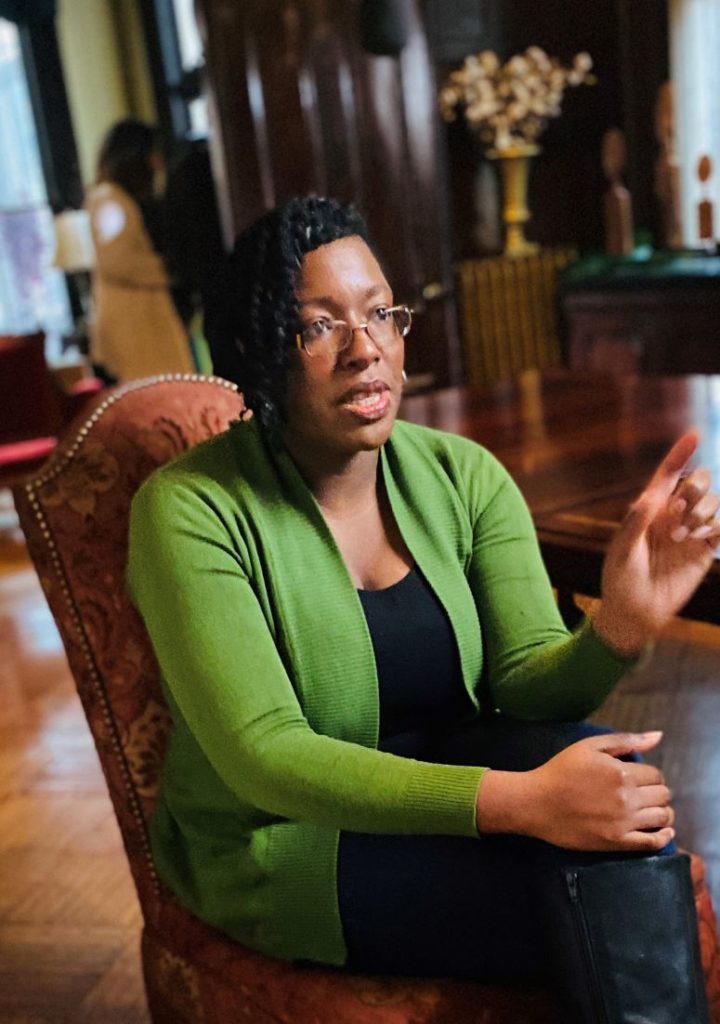 A new documentary on “Black Patriots: Heroes of the Revolution” will feature expert commentary from Adrienne Whaley, Senior Manager of K-12 Education for the Museum of the American Revolution. The one-hour documentary premiered on HISTORY® on Wednesday, February 19, 2020 at 10 p.m. ET/PT during Black History Month. It is executive produced by NBA legend, best-selling author and esteemed activist Kareem Abdul-Jabbar and Deborah Morales.

From the initial sparks of revolution in Boston to the climactic Siege of Yorktown and beyond, “Black Patriots: Heroes of the Revolution” paints a picture of the African American experience during the Revolutionary War. It shares the story of the war within the revolution – the struggle for freedom and liberty for people of African descent – through the eyes of some of the most significant African American figures of our country’s founding including Crispus Attucks, Peter Salem, Phillis Wheatley, and James Armistead Lafayette.

Anchored by sit-down interviews with Abdul-Jabbar as well as numerous esteemed historians, including Whaley, and supported with archival material, “Black Patriots: Heroes of the Revolution” will highlight black heroes of the American Revolution who stood up against British rule to help establish the United States of America, and, conversely, black loyalists who fought for the Crown – and the promise of freedom.

The documentary will also present Abdul-Jabbar’s personal journey, revealing his own unique discovery of important historical figures like Crispus Attucks and others and how they helped change the perception of his own heritage.

Adrienne G. Whaley is an educator and history-lover who currently serves as Senior Manager of K-12 Education at the Museum of the American Revolution. Whaley earned her Bachelor’s degree in African American Studies from Harvard University and her Master’s in Education from the University of Pennsylvania, and previously served as Curator of Education and Public Programming at the African American Museum in Philadelphia. She has worked in both art and history museums and loves the potential for objects, artifacts and primary source documents to enrich student learning experiences. She carries her love of history and for uncovering the stories of common people into her spare time as an avid genealogist researching her own family history.

About HISTORY®​​
HISTORY, a division of A+E Networks, is the premier destination for historical storytelling. From best-in-class documentary events to a signature slate of industry-leading nonfiction series and premium fact-based scripted programming, HISTORY serves as the most trustworthy source of informational entertainment in media. HISTORY has been named the #1 U.S. TV network in buzz for seven consecutive years by YouGov BrandIndex, and a top favorite TV network by Beta Research Corporation. For a deeper dive, visit history.com or follow @history on Instagram, Twitter, and Facebook.

About Museum of the American Revolution
The Museum of the American Revolution uncovers and shares compelling stories about the diverse people and complex events that sparked America’s ongoing experiment in liberty, equality, and self-government. Through the Museum’s unmatched collection, immersive galleries, powerful theater experiences, and interactive elements, visitors gain a deeper appreciation for how this nation came to be and feel inspired to consider their role in ensuring that the promise of the American Revolution endures. Located just steps away from Independence Hall, the Museum serves as a portal to the region’s many Revolutionary sites, sparking interest, providing context, and encouraging exploration. The Museum, which opened on April 19, 2017, is a private, non-profit, and non-partisan organization. For more information, visit www.AmRevMuseum.org or call 877.740.1776.